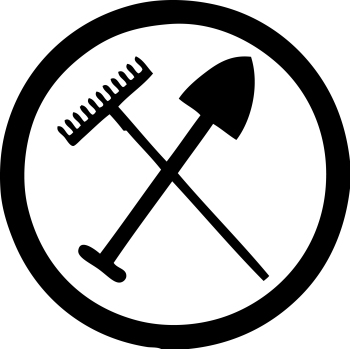 The Brexit omni-shambles is heading to a toxic, divisive and potentially chaotic conclusion if we exit the EU with no deal. Most of the Leavers and Remainers we know are feeling totally alienated from the political process and are losing faith in the system. There’s a sense that we’re just pawns in a bigger game and that our hopes, aspirations and fears simply don’t matter to those who presume to rule over us.

What Alternative Estuary is about is encouraging people to start taking back control over their lives and communities from the grassroots upwards. One way we can start doing that is by setting up community gardens for the production of food. A no deal Brexit could potentially pose a threat to food supplies, particularly imported fresh vegetables and fruit that would only be seasonally available here in the UK. Community vegetable and fruit gardens are a long term solution to this issue.

When you start to look around for plots of land that could potentially be turned over to localised, small scale food production, with a bit of bending the rules here and there, there’s a lot of land available. From back gardens to the open spaces on local authority low rise estates, there’s land that can be used grow fruit and vegetables. Even if you live in a flat in a block, if you have a balcony, there’s room for a couple of tubs.

Obviously as community activists, our preferred method of organising localised food production is through a collectively run neighbourhood garden. Having said that, if you’ve got a back garden that can be turned over to growing vegetables and fruit, we would encourage you to do that as well. Localised food production isn’t just about food security – as a collective endeavour, it’s also about building community solidarity and cohesion as well. With the way things are going, we need as much of that as possible…

If a no-deal Brexit does disrupt food supplies and we on these islands have to become more reliant on what we can produce, we’ll have to get used to eating seasonally again. All of us are probably guilty of taking our food for granted and not thinking too much about where it came from and how it was produced. When you start to look into how the salad you enjoy in the depths of winter is produced in vast energy hogging greenhouse complexes using poorly paid labour on the Mediterranean coast of Spain, you may want to start to rethink what and how you eat. That’s before you factor in the environmental impact of transporting the food from where it was grown to your plate!

Localised, sustainable food production and eating seasonally doesn’t necessarily have to mean a restricted diet. It just means one that will vary throughout the course of the year. To ensure a bit more variety, there are preservation techniques such as pickling that can be deployed. We’ll start to look into these and publish what we can find…

We’ll be honest…localised, sustainable community orientated food production will involve work. More work than involved in going to the supermarket, buying a plastic, cellophane topped tray of salad, tipping it on the plate, binning the cellophane top and putting the plastic tray out for ‘recycling’. The point is, with community food growing, you know what inputs have been used and most importantly, you’re in control. That alone has to be worth the extra effort involved.