Back in our Independent Working Class Association days in 2007 and 2008 when I stood as a candidate in the local elections in the Stanford East & Corringham Town ward, the then dire state of Hardie Park in Stanford-le-Hope was frequently raised on the doorstep. Back then, it was a bleak, litter strewn no go area that few people visited. Fast forward to the present and the park is now a much loved community asset. What happened in between is a story that we hope will go on to inspire other people.

Things started to change when a few residents fed up with the neglect of the park and no longer wishing to have an eyesore on their doorstep, decided to take matters into their own hands. They started out doing the simple things such as litter picking. Even something as straightforward as this sends out a signal that some kind of change is in the air because it’s ordinary people volunteering to do the litter picking as opposed to the occasional sighting of a council worker.

Basically, it snowballed from there and eventually, the residents formed Friends of Hardie Park and started organising community activities in the park. Things really started to gain momentum when they obtained a portable building, dug the foundations, started to erect it, got round to asking the council for permission and ended up with a building that now functions as a cafe, meeting place and community hub. There’s a gardening group we volunteer with who develop and maintain the gardens in the park.

Inevitably there were detractors. At the start, they said that we would be defeated by the vandals and the yobs who would force us out. Well, vandalism is pretty much non-existent. Which is quite an achievement when back in the 2000s, Hardie Park was a magnet for anti-social behaviour and vandalism. So, what’s the secret?

One factor is the sheer number of volunteers from the local community who put in time and effort to keep the park running ranging from the cafe/community hub, through the events team and onto the gardening group. Any act of vandalism in the park is also an act of aggression against all of the residents who volunteer at the park. That’s a lot of people to rile. Word get around and that’s enough of a deterrent to any would be vandal.

Another factor is the sheer range of events and activities centred around the park and the cafe/community hub. These range from festivals and activities for kids through to the Men in Sheds project and the Hardie Gardeners. The festivals provide an inexpensive local day out and a chance for the community to come together and enjoy themselves. Activity groups such as Men in Sheds and the Hardie Gardeners give people a sense of purpose and achievement as well as providing some great company. They perform a valuable therapeutic role. Residents of Stanford-le-Hope see this and are buying into the vision of what the project is setting out to achieve.

The project at Hardie Park succeeds because it’s about a lot more than the park. Sure, the volunteers have done an amazing job in physically transforming the park but that’s only part of the story. The interesting part of the project is the role it plays in building community solidarity and cohesion. In an increasingly troubled and volatile 2019, a project that can bring a diverse range of people together to work with one common aim has an invaluable role to play in building a real sense of community and togetherness. Let’s hope that this example inspires other to do the same across the region. 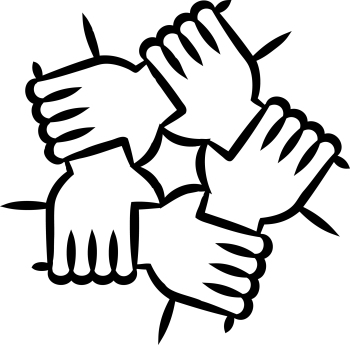